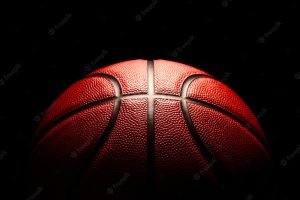 Amar’e Soudemire was born in a small city right outside of Orlando, Florida. After a series of family misfortunes, Amar’e relocated to New York, where he began playing organized basketball. After traveling around the east coasts and many different schools, Stoudemire landed himself the title of Florida’s Mr. Basketball and number one player in 2002. Shortly after, Stoudemire’s NBA career took off, where he played for many different, highly accomplished teams: Phoenix Suns (2002-2010), New York Knicks (2010-2015), Dallas Mavericks (2015), and Miami Heat (2015-2016). He was also named All-NBA Team five times, with six appearances in the NBA All-Star Game.

To many people’s surprise, Stoudemire’s retirement from the NBA did not mean the end of his basketball career. In 2016, Stoudemire signed to play for Hapoel Jerusalem, a team he was a minority owner of since three years prior. Before his move, Stoudemire openly expressed his excitement for this new journey “in a country that [he has] grown to love” (Stoudemire). During his early years in the Israeli Pro League, he was awarded with the Israeli Basketball Premier League All-Star honors, as well as Israeli Premier League Player of the Month in May of 2019. He continued to play for Maccabi Tel Aviv in 2020, where he led his team to a championship win and was awarded with the honor of Israeli Basketball Premier League Final MVP.

Along the way, Stoudemire developed a strong passion for the Jewish religion. His mother had always told him how his ancestors were Hebrews, who were then sent to Africa to be slaves and lost their religion. He sees this conversion process as more of a reconnection to his faith, rather than a change away from the Baptist Christian spirituality he grew up learning. His conversion took place right before the final four in 2018, marking two huge milestones in his life. Not only did Stoudemire adopt Jewish practices and traditions, he embraced them. He was always found wearing a kippah and tzitzit, as well as praying three times a day, and missing practices for shabbat. He took all of the required elements learned and practiced for his conversion process into his daily life routine. He even granted himself the Hebrew name of Yehoshaphat, very different from many of the shorter and more modern Hebrew names of his teammates. The only piece missing from solving his Jewish identity puzzle was making Aliyah.

Section 1 of the Law of Return

Section one of Israel’s Law of Return states that every Jewish man/woman has the right to acquire Israeli nationality. Whether it’s by birth, naturalization, conversion, etc, each Jewish individual has the ability to apply to be an Oleh. The 1950 Law of Return is what aided the State of Israel in granting Stoudemire citizenship status of the country he felt ever so connected to.

Even after coaching the Brooklyn Nets for years, Stoudemire made the life changing decision of moving to Jerusalem. He explains how he just missed the energy and holy atmosphere that living in Jerusalem had to offer him. He wished to continue to learn the Torah at the higher caliber that was present in the Holy land, and created a closer connection to Hashem by working on himself inside and out. Stoudemire states how he is constantly asked about if his conversion affected him as a player. He goes on to explain how he endured a lot of pain as a child, but his conversion did not stem from his crisis but rather memories and faith he already contained. His conversion did not hurt him as a player in any way, but rather strengthened his ability on the court from within. Today, Stoudemire says “receiving Israeli citizenship was one of the most exciting and satisfying moments” (OhrSamayach).

The world constantly fixates on what makes people different from one another, whether it be where you were born, the color of your skin, what you believe in, instead of looking at all of the opportunities present. The world should be viewed as a global village, filled with opportunities to allow every individual to express themselves however they wish. Being a well-known NBA player, Stoudemire’s conversion sets a great example of how important it is to follow your faith and personal beliefs to reach your fullest potential.