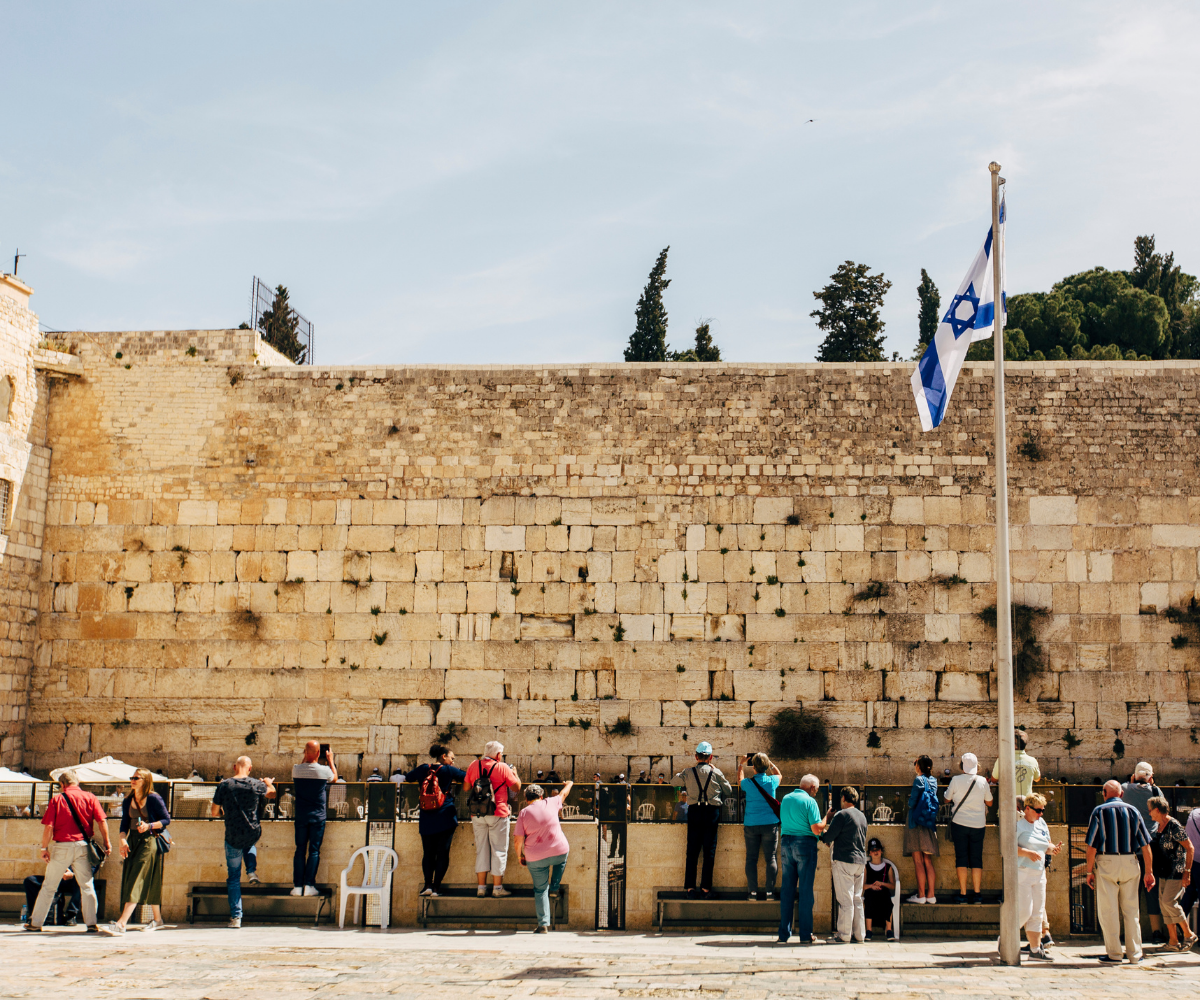 Aliyah to Israel – What should you know in advance?

The Law of Return is one of the foundational laws of the modern state of Israel, since 1950, it simply states that every Jew has the right to make Aliyah and receive Israeli citizenship. Shalom and welcome to the home for the Jewish people, Israel. We have been Successfully Assisting Individuals and Families Move to Israel for almost 20 years. We’re here to make your move to Israel a positive, painless experience for you and your family.

Below you will find information about the Law of Return; eligibility, Aliyah process, documentation required, and also common problems. We’re here to help you join multitudes of Jews and their descendants and accomplish the dream of making Aliyah to Israel. Though if you don’t qualify for Aliyah under the Law of Return, please visit our immigration of non-jews to Israel resource for more information.

Our law has branches in Jerusalem and Tel Aviv and serves clients who are in need of legal assistance across the country.

As you know the simplest way to move to Israel is by the Law of return. As a matter of fact, since 1950 The Law of Return enables every Jewish person to make Aliyah and obtain Israeli citizenship in the Jewish state.

Firstly, we must examine and determine your eligibility for moving to Israel based on the Law of return.

The following cases qualify for the Law of Return and are eligible for Aliyah to Israel:

What’s the process to make Aliyah to Israel?

The beginning of the process to make Aliyah depends on your current location.

If you are not in Israel and qualify for the above cases, you may start your Aliyah journey with Nefesh B Nefesh, who assists North American immigrate to Israel, together with the Jewish Agency.

However, if you are already in Israel (with a B2 tourist visa) and wish to make Aliyah to Israel officially, you must submit an application at the local immigration bureau of the city you reside in (local Misrad Hapnim).

According to the Law of Return, every Jewish person, child and grandchild, is eligible to immigrate to Israel, and therefore receive an Israeli citizenship. However, the law doesn’t specify how a person might prove their Judaism. The Ministry of Interior’s procedure for the submission of an Aliyah application details a list of required documents for this purpose.

What documents would I have to submit to the Ministry of Interior for the process of making Aliyah?

Any person currently in Israel who wishes to make Aliyah may submit an application to change their status from tourist to new immigrant, in accordance with the Ministry of Interior’s procedure.

What religious documents are required to immigrate to Israel?

It should be noted that the Aliyah application procedure does not specify a particular list of the religious documents required for submission in this process. However, the procedure generally notes that it is mandatory to submit documents to prove one’s Judaism or affiliation with Judaism.

Any document proving religious affinity is acceptable, for example: a marriage certificate or ketubah (religious marriage contract), a Bar Mitzvah certificate, or certification of the burial of parents or grandparents in a Jewish cemetery, membership in a synagogue, membership in a Jewish organization, or any document proving the Judaism of the applicant, one of their parents, or one of their grandparents. In addition, the Ministry of Interior’s officials demand a letter from a Rabbi, or another Jewish organization, supporting the aliyah application.

The Law allows for creativity with these documents due to many records’ loss and destruction during WW2. So here are some documents you can use to prove your Jewish identity and qualify for the Law of Return:

*If you don’t have any of these documents, contact us for more information.

What government documents are required for the Aliyah application?

Another important document is a certificate of good conduct, which is a certificate indicating the lack of any criminal record. This certificate can be obtained from the police in the applicant’s country of origin (for example, the FBI) in order to show that this future Israeli citizen does not pose any danger to the public.

Here are the primary civil documents needed to prove your identity:

Certification of the documents presented in the application to make Aliyah

All documents presented by the Aliyah applicant should be original. Also, documents must be certified by apostille (in accordance with the Apostille Convention of 1961). This certification is essentially similar to a notarial certification, but on an international level. Certification can also be performed at the Israeli embassy in the applicant’s country of origin. Several documents must be translated into Hebrew and authenticated ay an Israeli Notary Public.

Joshua Pex Esq. presents his expertise on the most common problems that may arise:

What Problems Could I Potentially Face During the Aliyah to Israel?

There are extraordinary circumstances that may prevent Jews, children or grandchildren of Jews from making Aliyah to Israel despite the Law of Return. For example, some of the problems may be; lack of sufficient documents, a criminal background, mental health illness issues, or issues regarding conversion to a different religion.

Converted to another religion

If your application has already been denied due to this reason, there might be a way to reverse the decision, but we must investigate every case individually. Contact us for initial personal consultation.

You have a criminal record

In most cases, if you have a serious criminal record, you may be prevented from making Aliyah despite your Jewish roots. Nevertheless, this depends on the severity of the criminal charges and the time they occurred. You may still be eligible for Aliyah based on the Law of Return. We recommend reaching out for a consultation to learn more about your rights.

Notably, rarely implemented in official immigration policy or court rulings. However, in recent years we’ve seen an increase in the number of clients whose immigration process is delayed or refused due to a history of medical or mental problems. If you need help overcoming these types of challenges, feel free to contact us.

No proof of Jewish roots

In some cases, providing evidence of your Jewish roots indeed becomes a challenging task. You may not have the requested documents, and you’re not familiar with any Jewish community that can vouch for your Jewish heritage. After all, there are other ways to overcome this obstacle. Contact us to discuss a solution.

Aliyah together with spouse and children

As mentioned above, every Jewish person, no matter who, or the child or grandchild of a Jewish person, has the right to immigrate to Israel under the Law of Return, and to obtain citizenship together with their spouse and children who are minors, i.e. children under the age of 18. The question is: can the spouse and children of a Jewish person also obtain an Israeli citizenship, together with their family member who has made Aliyah, even if they themselves are not eligible to make aliyah?

The Law of Return was enacted in 1950 with the purpose of encouraging Jewish people to immigrate to Israel. In 1970, the definition of a Jewish person was narrowed in the Law of Return. Section 4b of the Law of Return defined a Jewish person as the “son of a Jewish mother,” or as a person who converted to Judaism and is not a member of any other religion. On the other hand, the rights of children, grandchildren, and their non-Jewish spouses were extended, allowing them to make aliyah and receive all new immigrant (olim chadashim) benefits, including an Israeli citizenship, upon their arrival to Israel. The idea at the base of the extension of rights to the family and spouses of persons eligible under the Right of Return was to encourage Jews and their descendants to immigrate to Israel together with their family members.

What is the difference between making Aliyah and obtaining citizenship under the Citizenship Law?

It’s important to note that there is a significant difference in the status of family members between making aliyah under the Law of Return and obtaining a citizenship under the Citizenship Law. The spouses of Israeli citizens or residents, who are in Israel, are granted legal status in Israel under Section 7 of the Citizenship Law.

The Citizenship Law enshrines the right of non-Jewish spouses of Israeli citizens to obtain a citizenship; however, the application of this law according to the Ministry of Interior’s procedures grants this right in stages, in accordance with a gradual process.

This process takes at least 5 years, during which the foreign spouse receives a temporary status in Israel, until the completion of the process, allowing them to obtain permanent status in Israel or an Israeli citizenship. By contrast, the spouses of new immigrants (olim chadashim) are eligible to obtain an Israeli citizenship automatically along with their eligible spouse under the Law of Return, immediately upon their arrival in Israel.

What about the spouses of immigrants who have recently married?

If a person eligible under the Right of Return wishes to make Aliyah according to their eligibility under the Law of Return, but has married a spouse, who is not eligible under the Law of Return, within a period of less than one year after their arrival to Israel, then their spouse who is not eligible under the Law of Return would not be granted an Israeli citizenship immediately upon arriving to Israel. In the case of a new marriage prior to making aliyah, the Ministry of Interior grants temporary residency status (a 5/A visa) to the new immigrant’s spouse for a period of one year. Following one year, they can obtain an Israeli citizenship by force of having immigrated to Israel; however, in case the Ministry of Interior’s officials have not received a good impression of the spousal relationship, then a 5/A status would be granted to the spouse for an additional year, with the purpose of examining the seriousness and nature of the spousal relationship, before granting an Israeli citizenship.

Any questions regarding making aliyah or immigrating to Israel? Contact us today!

Our law firm specializes in immigration to Israel and the obtainment of legal status in Israel for new immigrants, along with their spouses and children. We will be happy to assist you with any matter relating to the obtainment of legal status in Israel with the Ministry of Interior – the Population and Immigration Authority. Contact us to receive legal advice about immigrating to Israel with family, or about making aliyah: